Progressive berniecrat candidate continuing the revolution in sw mi
Paul Clements has been fighting for progress for years. Here in the 6th District (SW Michigan), he is known by those of us most involved in progressive politics as a local hero of the Political Revolution.

When SW MI for Progress was still SW MI for Bernie 2016, Paul spoke at several of our events, starting with our very first organizing meeting on July 29th at the VFW in Portage, where we had over 50 attendees on very short notice. He spoke at our concert, and several other events. He even introduced Bernie at Wings Stadium in Kalamazoo.

Paul has been endorsed personally by Bernie not once, but TWICE! Paul is also currently one of the 100 candidates that Bernie’s “Our Revolution” organization endorsed for the 2016 race. But Bernie had endorsed Paul long before he chose those 100 candidates, when the Primary was still going on!

Paul stands for the issues that matter most to SW Michiganders. Paul  opposed the TPP trade agreement. He stands for a living wage, and tuition-free education for working families. He stands strong against climate change. He wants to expand Social Security, and fight for criminal justice reform. And importantly, Paul is focused on getting money out of politics.

Paul has also been endorsed by several Bernie organizations, such as Berniecrats.net and Sanders Democrats.

Paul is a TRUE Berniecrat through and through. One can see this just by listening to one of his speeches. He is a Revolutionary candidate!

Here is one of our favorite quotes from Paul, that explains most of his platform:

"Democracy in America and American prosperity are in danger. If we want to restore the middle class we need to turn around increasing economic inequality and the tidal wave of money in politics. If we want a bright future for our children and grandchildren we need to turn the trend on climate change. We’ve given up too much to the wealthiest Americans and to politicians corrupted by money and power. It’s time to take back our democracy and to build an economy that works for all Americans."
-Paul Clements

Paul is a political science professor at WMU.

At the bottom of the page, you will find video of two of the speeches he delivered at SW MI for Bernie 2016’s events!

Fred Upton, Paul’s entrenched GOP opponent, fancies himself a moderate. In our opinion, nothing is farther from the truth. Fred Upton is in many ways a radical conservative. For one, he’s a climate change denier….but only after being offered a position on the House Energy and Commerce Committee, shortly after the tea-party takeover. He knew what to say to the tea-partiers in order to maintain/increase his position.

Fred Upton has been called a climate-change denier directly by President Obama, and was called by the LA Times the “number one enemy of the Earth”.

Fred also takes huge sums of money from oil, gas and energy companies, and other corporations. He is the very definition of “for sale politician”.

Fred has been in office in CD-06 since 1993, and held another House position for 6 years prior to that. Fred Upton has been in the federal House for 26 years, almost 3 decades. His time is up, regardless.

It is EXTREMELY important that we get Revolutionary, progressive candidates into the House and Senate. The People MUST control Congress. It is ESSENTIAL. Bernie’s Political Revolution was not just about Bernie. He repeatedly said that. It’s not over just because Bernie didn’t receive the nomination. It’s only just begun!

Help us elect Paul. Help us regain Congress! Not just any Democrats. Progressives. We won’t settle for less.  And voting for Paul is certainly NOT settling….he’s SW Michigan’s “little Bernie”!

Paul on the TPP (Trans-Pacific Partnership)

"The TPP was cooked up in closed rooms with representatives of big business but excluding Congress and 99.9% of the American people. Not surprisingly, it benefits multinational corporations at the expense of workers. It allows foreign companies to challenge our local environmental and safety standards in international tribunals, and to sue our local governments if these tribunals find that our regulations hurt the foreign companies’ profits. Like NAFTA, it would cause tens of thousands of Americans to lose their jobs, with totally inadequate measures to help them get started again. It would continue the de-industrialization of the United States, increasing corporate profits but hurting many people."
-Paul Clements

How can I help Paul?

There are plenty of ways. Foremost, Paul needs you to show up to vote on in November of 2018 if you want to continue the Revolution!

Secondly, Paul needs you to tell everyone you know why you are voting for him! Get them to the polls! Don't be shy, it's important!

Paul also really needs us to volunteer with his campaign. He needs canvassers! You can visit the grassroots volunteer group on Facebook here or visit his campaign HQ at 3254 S Westnedge Ave, Kalamazoo, MI 49008 Phone: (269) 342-4217

Please, if you can give anything, even just a few dollars, it WILL help! Together, we can take back our country! Donate to Paul here.

One last thing: You can help by "Liking" Paul's page on Facebook, and sharing and inviting your friends to like it as well! Use Facebook and Twitter to tell everyone why you're voting for Paul Clements in November 2018! 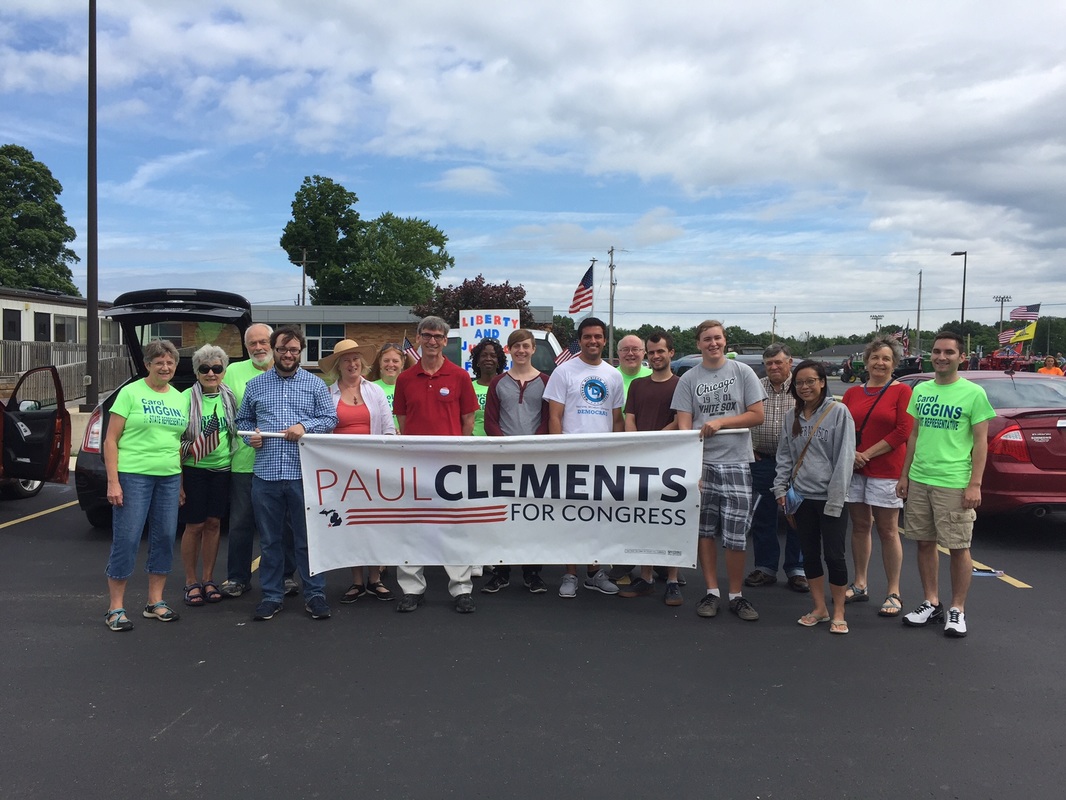 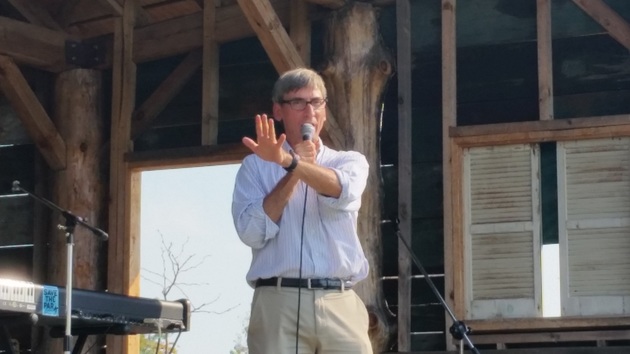